Due to their heavy reliance on coal, the states of the Upper Midwest have contributed vastly disproportionate amounts of carbon to the atmosphere, resulting in climate change impacts and compromising the health and well-being of our communities. At the same time, the political opportunity here is promising: Midwestern politics have an outsized impact on national politics, so Midwestern leadership can help drive U.S. action on climate change. Taken together this set of circumstances makes the Midwest a lynchpin for national progress toward a sustainable and just clean energy future. Motivated by this unique opportunity for impact, a growing number of organizations have been working together as the RE-AMP Network and boldly tackling Midwest climate change for over a decade. Since its beginnings, the Network has been defined by its ambitious focus and by its innovative and adaptive approach to whole-systems change. Through ongoing systems analysis, Network members develop a keen understanding of the Midwest energy system and identify what changes would do the most to reduce our carbon emissions. They then collaborate to align their strategies across eight states in service of a shared North Star Goal to equitably eliminate greenhouse gas emissions in the Midwest by 2050. 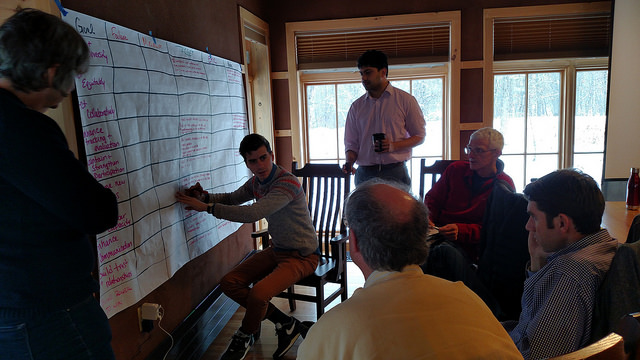 Today the Network has grown to over 130 nonprofits and foundations with distinct strengths and an array of approaches.  While some focus on policy advocacy, others work in frontline communities or focus on building the political will necessary for climate action. Member organizations including Great Plains Institute, Joyce Foundation, Ohio Citizen Action, Little Village Environmental Justice Organization, Climate Generation, Michigan Energy Options, McKnight Foundation, Sierra Club, Center for Rural Affairs, and many others bring a diversity of perspectives that not only position the Network to build a broader and more effective climate movement in the Midwest, but also amplify Network members’ collective power and ability to achieve results. The Network’s efforts to date have led to game-changing policy victories and coal plant closures, among other significant successes. In what has been described as the single most impactful accomplishment of the environmental movement, over 150 coal plants have been slated for retirement. Additionally, six states have adopted or approved energy efficiency resource standards. Eight states are working to draft more energy efficient building codes. Five states have implemented rigorous renewable standards. Renewable energy options are expanding. And through the Global Warming Strategic Action Fund, the Network has regranted over $25 million to support strategic climate action in the Midwest. With a proven model for success, the Network is accelerating the transition off of fossil fuels in the Midwest and helping to establish the region as an influential swing vote in national and international decision-making.

The goal is audacious, and so is the resolve.